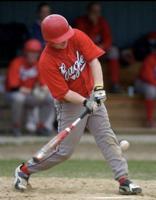 Coach Shanahan has extensive experience coaching at all different levels of competition up to being head coach at Northern Essex Community College where he brought the Knights to the Junior College World Series in Texas.

In his last season as head coach of the Knights the team finished with an overall record of 30-9 and finished 3rd at the Junior College World Series, while also being ranked nationally in each poll and ranking as high as #3 in the country.

In his 3 years as head coach the NECC program won 2 conference championships and 1 regional championship and also had 3 First Team All-Americans. Most importantly more than 30 of Shanahan’s players moved on to 4 year programs, most with scholarships, including 8 moving on to Division 1 programs.

Shanahan, a native of Tyngsboro, MA is a 2006 graduate of Daniel Webster College, earning his bachelor’s in Sport Management. At DWC, he was a four year letter winner, three time all conference player and holds numerous offensive records. During his senior year, Shanahan was names 1st All-GNAC catcher, GNAC Player of the Year and ABCA New England All-American Catcher. Shanahan left DWC with a career batting average of .419, holding the school record. In 2006, he also won a NCAA National batting title, hitting .524 for the season, breaking DWC record for hits. He finished his college career playing at the NEIBA College All-Star game at Fenway Park.